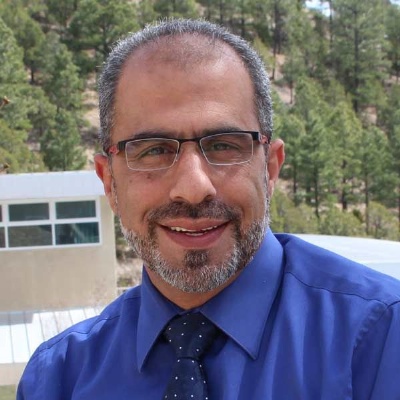 The first time Economics teacher Eyad met an Israeli was when he came to teach at UWC-USA in 2000. Eyad, who is Palestinian, says he made a conscious decision to "differentiate the person from the country."

Throughout his years at UWC-USA, Eyad and his wife Intesar have opened their campus home to students who come from all over the Middle East, feeding them familiar foods, leading them in Muslim prayer services on Fridays, and offering guidance and a compassionate ear. "I think they feel happy that someone understands their experience and their agony," Eyad says.

His ability to look beyond borders and national identities has allowed Eyad to become a beloved and trusted teacher and friend. One of his former Israeli students still sends him his favorite pickles from her country every year. There are other Israeli alumni who remain close with Eyad's four children, all of whom have grown up on campus. "You forget where they are from and just look at them as a human beings," Eyad says.